Recognition of Sassanid Takht-i-Nishin (Throne Room) in the Middle of Ardeshir Khorra City; A Proposition of a Temple of Anahita and Fire Chartaqi in the Continuation of Previous Traditions

In the middle of the city of Ardeshir Khoreh (the city of Gur), there is a rectangular tower, a circular structures, as well as a fort and a circular moat, which are considered to be the most prominent structures of this city; But in the northeastern part of the city of Ardeshir Khoreh, a place called "Takht-i-Nishin" (throne room) remains in the form of a platform of heavy dressed stone and a hollow or pit in the form of a reservoir, which has been studied by different scholars from the early centuries of Islam until now. However, there are still differing views on this complex; For example, the four-arched structure located on a flat platform is called by the names of Atashgah, Qasr, Tarbal, Atashkadeh, Dekan, Atashkhaneh, Kooshak, Irankiakhareh, Ivan, Dekeh, Irangardeh, palace, mansion, tower, house, and ziggurat. In addition, the reservoir next to the platform is also called Cheshmeh, Ghadir, Hoz Ab (water pool), AbAnbar (water reservoir) and Abnama (fountain). Therefore, attributing various names to this complex indicates the ambiguity in the nature of the constructions. The demolition the complex’s most buildings and the coverage of its remains bu rubbles over time, has caused less attention to this building in various documents and sources. Therefore, by interpreting the different views that exist around the structures of this building, this study aims to recognize the function of the Takht-i-Nishin complex, how the spaces are related and why it was built in the middle of the city of Ardeshir Khoreh. In order to achieve this goal, the interpretive-historical method have been used and library resources such as archaeological reports and historical documents were studied. Also, more accurate and up-to-date information was obtained through field visits and surveys, which paved the way for research. Then, by physical and spatial analysis of similar buildings such as the Anahita temple in Bishapour, a comparative comparison of the combination of four arched structure or Chartaqi and the water basin in the middle of Ardeshir Khoreh city has been conducted. As a result, the research findings show that the building on the platform is in the form of a cruciform hall with a four arched pattern and is located in an adjacent bed overlooking the man-made pond in the middle of the city of Ardeshir Khoreh. According to Ibn Balkhi, and the remains of debris visible on the ground, there was probably a similar quadrangle in front of the second basin or behind the available one. Hence, these Chartaqi, as a continuous fireplace connected to the water basin, have created a structure that shows a common pattern in the formation of Sassanid period religious collections related to water and sacred fire. The findings indicate that it can be a place of worship for the goddess Anahita in a ritual complex by being located next to the holy water pool and fire place

Huff, Dietrich, 1996: In the Field of Reconstruction of Firoozabad Tower, Fars, Iran, by The Cultural Heritage Organization Publication [In Persian].

Nowruzzadeh Chegini, Nasser, Naser Khaki, Ahmad and Ahmadi, Hesamuddin, 2014: From Palace to City, A Study and Identification of Ardeshirkhoreh (Goor) Water Transfer Methods in The Sassanid and Islamic Periods, In Iranian of Archaeological Research Journal, Volume 7, Number 4, Pp. 153 - 173 [In Persian].

Wandai, Milad and Tajbakhsh, Roya, 2014: Ardeshir Khoreh, The Religious Capital of The Sassanids, Two Specialized Quarterly on The Science of Restoration and Cultural Heritage Journals, Winter, Special Issue of Fire Temples and Fire Temples of Iran, Page 11 42 [In Persian]. 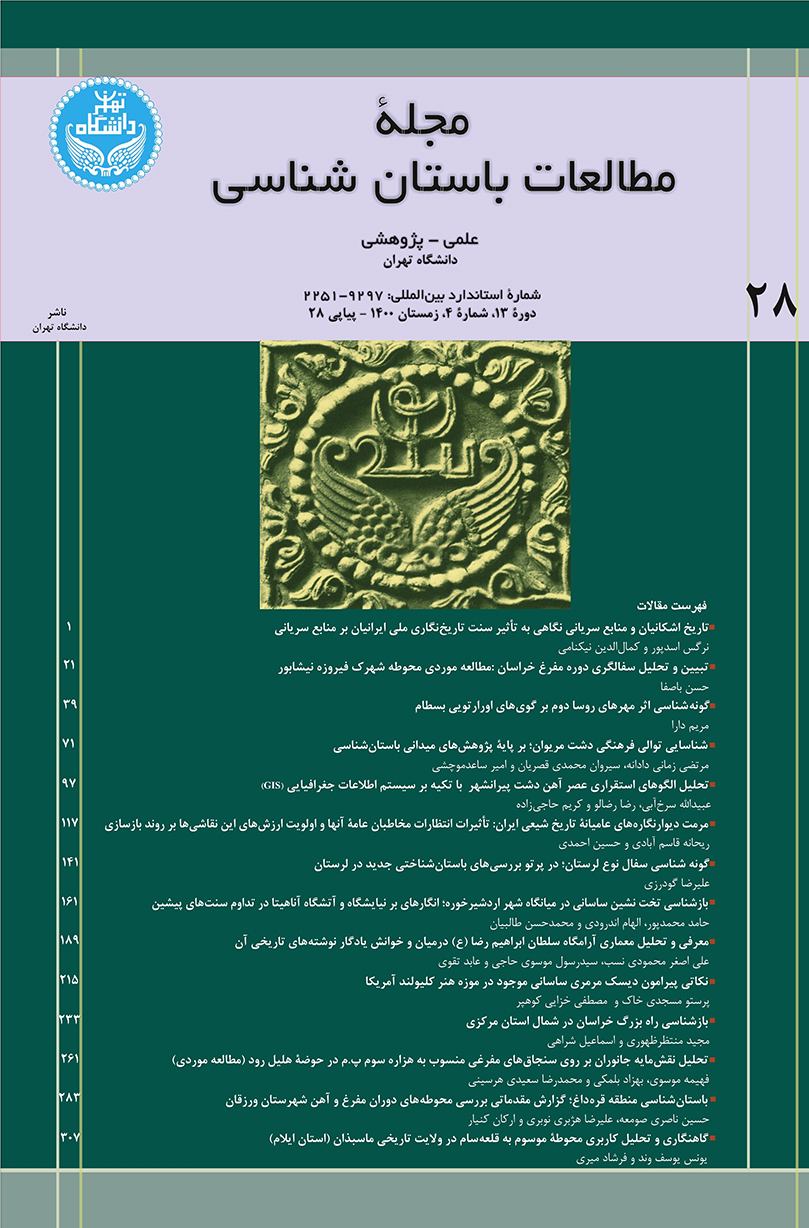